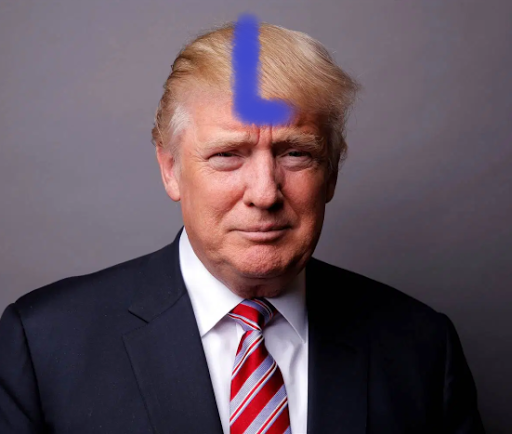 It's finally here: the day we've all been waiting four years for, the chance to officially mark Donald Trump as the loser he is and kick his white supremacist ass back to civilian life.  Biden's still up a remarkable 9 points nationally but it's the Electoral College that counts; will it happen?  I wouldn't be writing about it if I didn't think so.  And quite comfortably too, I might add.

45 might have behaved like a president with a huge mandate but remember he lost the popular vote by 2 million and scored his electoral college majority largely on the strength of low-education whites in the Rust Belt who never forgave the Clintons for NAFTA. 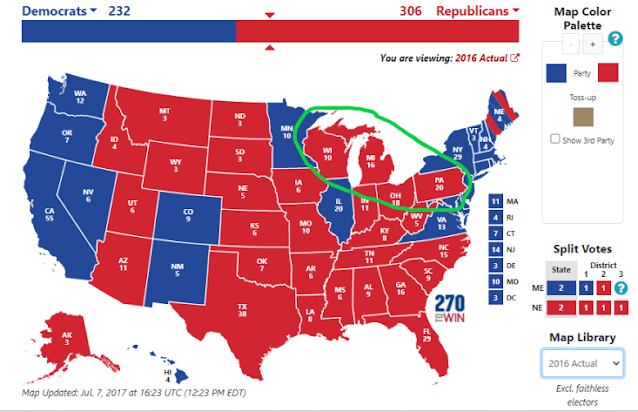 Win back those three and it's over.
The polls say it's not even close in Michigan or Wisconsin.  In the Mitten, the most recent polls (by Siena College/NY Times and ABC News/Washington Post, both A+ rated by fivethirtyeight) have Biden up 8 and 7 points respectively--while several other polls show Biden with a double-digit lead.  Wisconsin isn't much better for Franco Naranja, where most polls show him down somewhere been 5-10 points while a recent ABC/Wapo poll had him down 17.  Altogether fivethirtyeight shows Biden with a 93% chance of taking Wisconsin and a 96% chance at Michigan and between spiking Midwest coronavirus cases and 45 not seeming to much care about his base plotting to kidnap Michigan's governor, it's hard to see that changing much by Tuesday.
In those states, by the way, voters have already turned in over 1.8 million ballots in Wisconsin and 2.5 million in Michigan--well over half the total number of votes cast in 2016 in Michigan and two-thirds Wisconsin's 2016 total.  So even if 45 were to announce (actually safe and effective) cures for Covid-19, ebola, screen addiction, and cancer on Monday morning, it'd be too late to swing all that many voters anyway.
So what about Pennsylvania?  The issue there isn't so much the polls.  Biden's lead may not be verging on (or actually in) double-digits as in Michigan or Wisconsin but he's been consistently polling at a comfortable 5-8 point edge.  Silver gives Biden an 86% chance of carrying in the state, which might be twice as big a chance of losing as in Wisconsin, but still damn near prohibitive odds.  Rather, the issue in Pennsylvania is that it might just take too long to count the votes.  Under Pennsylvania state law, early ballots cannot be opened until 7 a.m. on election day and there are so many to count that nobody who's an expert on the situation consider it realistic that Pennsylvania's results will be known on election night.  We don't want to wait for days while Pennsylvania officials count ballots, Republicans file lawsuits and obtain partisan rulings messing with the count, etc.  This is all on top of whatever election day shenanigans the trumps might pull to disrupt voting in Black communities.  So Biden will probably win Pennsylvania eventually, we really need him to win without Pennsylvania--or, if you prefer, before Pennsylvania.
If we give Biden the HRC states plus Wisconsin and Michigan, that puts him up to 258 electoral votes and he just needs to find 12 more.  The easiest way to do that is just by grabbing another chunk of the Eastern Seaboard.  The polls have been close in Florida, Georgia, and North Carolina--but Biden's been hanging on to narrow (< 1% - 4%) leads in each of those three for a minute and chances are good that he pulls at least one of them.  Obama(/Biden) won North Carolina in 2008 and Florida both in 2008 and 2012, so it's not as though we're in unprecedented territory here.
Silver gives Biden a 68% chance in North Carolina, a 65% chance in Florida, and a 58% chance in Georgia.  Expressed differently, this means 45 has a 32% chance at NC a 35% chance at FL, and a 42% chance in Georgia.  He'd need an upset in each of the three, or Biden would reach 270.  The chances of such an underdog going 3-0 against those odds is about 4.7%.  Now, certainly the dynamics that might cause one of those states to go for Trump in the end could also be at play in the other two, so these state races are not completely independent events.  But that could be a good thing, too.
The Atlantic states aren't even the only way Biden gets to 270 without the Keystone.  Remember Michigan and Wisconsin put him within twelve; Arizona is worth 11 and while the polls there have been a little wavy, Biden has steadily pulled away since early September to the point that fiverthirtyeight now gives him a 69% percent chance.  Of course, 11 electoral votes doesn't get Biden all the way home, but that's when it helps to remember that Maine and Nebraska split up their electoral votes according to districts within the state and Biden has a good shot at pulling one of those EVs out of Nebraska (HRC got zilch) or sweeping the Maine allotment (HRC got 3/4).  Biden had also been running neck & neck with Trump in Iowa, though a brand new Ann Selzer poll (A+ rating) showing Cheetochet up 7 seems to have put the kibosh on that. 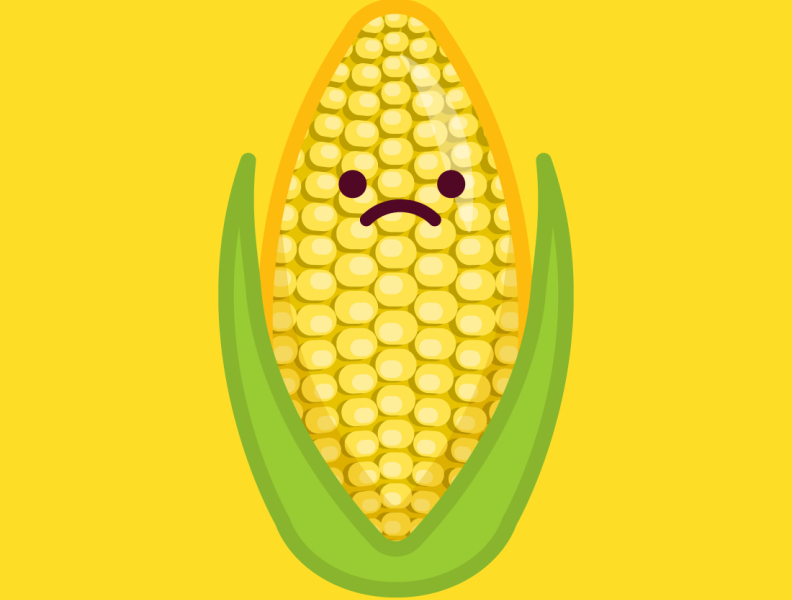 Ohio is a virtual polling tie; the fact that Michigan, Pennsylvania, and Wisconsin are all leaning Blue would seem to be one reason Biden might take it but remember the majority of Ohio's borders touch on Indiana, Kentucky, and West Virginia and the recent right turn in Iowa isn't very reassuring either.  Trunp has mostly led in Ohio all year and really, at the end of the day you're still asking Buckeyes to go blue.  They should, yes, but we know they don't.
Texas is also competitive this year, though with Trump maintaining a slight but steady edge in the polling and the GOP's intensive voter suppression efforts it's difficult to count on the Lone Star State coming through for Biden.
So, what does this all mean?  I'm putting my money on the house.  Polls adjusted to match Trump's advantage with poorly-educated whites, and if anybody is undercounted in polls this time around it's going to be the Biden-backing Gen Zs and young Latinos.  When North Carolina lights up blue around 10:30 ET it's time to start the party.
EGD's predictions:
Electoral vote total: Biden 351, Cheetochet 187
Popular vote total: Biden 94 million, Cheetochet 80 million
Tipping point state: North Carolina
Map: 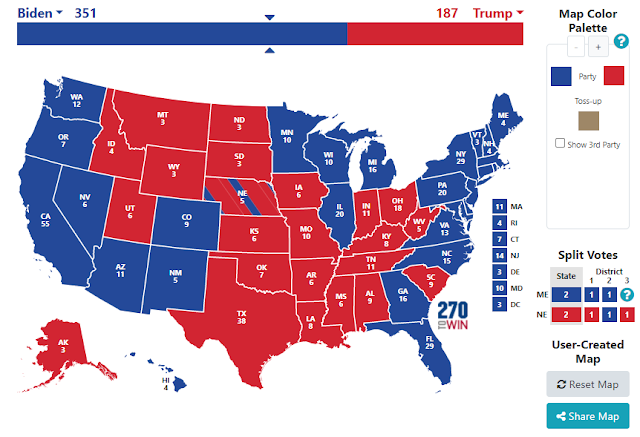